Posted on Monday, November 21, 2022 by The Restaurant Guy

In June 2020 the South Coast said goodbye to local German dining icon Dutch Garden at 4203 State Street after 75 years in business, the most recent 40 years under the same ownership. Last week new owners Charlie Fredericks and brothers Matt and Daniel English reopened their labor of love.

“Thank you, Santa Barbara, for your business,” said Fredericks, part of a local family working hard to keep the Dutch Garden alive. “This swell of support for this restaurant is humbling. It’s incredible to be a part of this. I’d like to give heartfelt thanks to all the people who helped us, from my landlord, to the construction people, to the County of Santa Barbara who came in and got us pushed through. Every single person along the way has helped us so much.”

Patron Matthew Fineberg from Get Beyond (restaurant management software among other things, email matthew.fineberg@getbeyond.com), stopped by on opening day before the eatery opened and says the line stretched from the front door, up the street, and across the parking lot. “The thing that is amazing is about this is that Dutch Garden is a pillar of Santa Barbara,” says Fineberg. “It’s one of these institutions that anyone who’s lived here for any period of time knows about it. I feel that they are not just going to be successful, that they are going to thrive.” Given that Fredericks says the restaurant served 125 schnitzels on opening day, they are certainly off to a great start.

Dutch Garden is open for lunch Wednesday-Sunday 11 a.m.-3 p.m. for the first two or three weeks and the menu is nearly identical to the way previous owner Ken Luetjen did it. Then they will roll out dinner, and later, weekend brunch on the spacious patio. 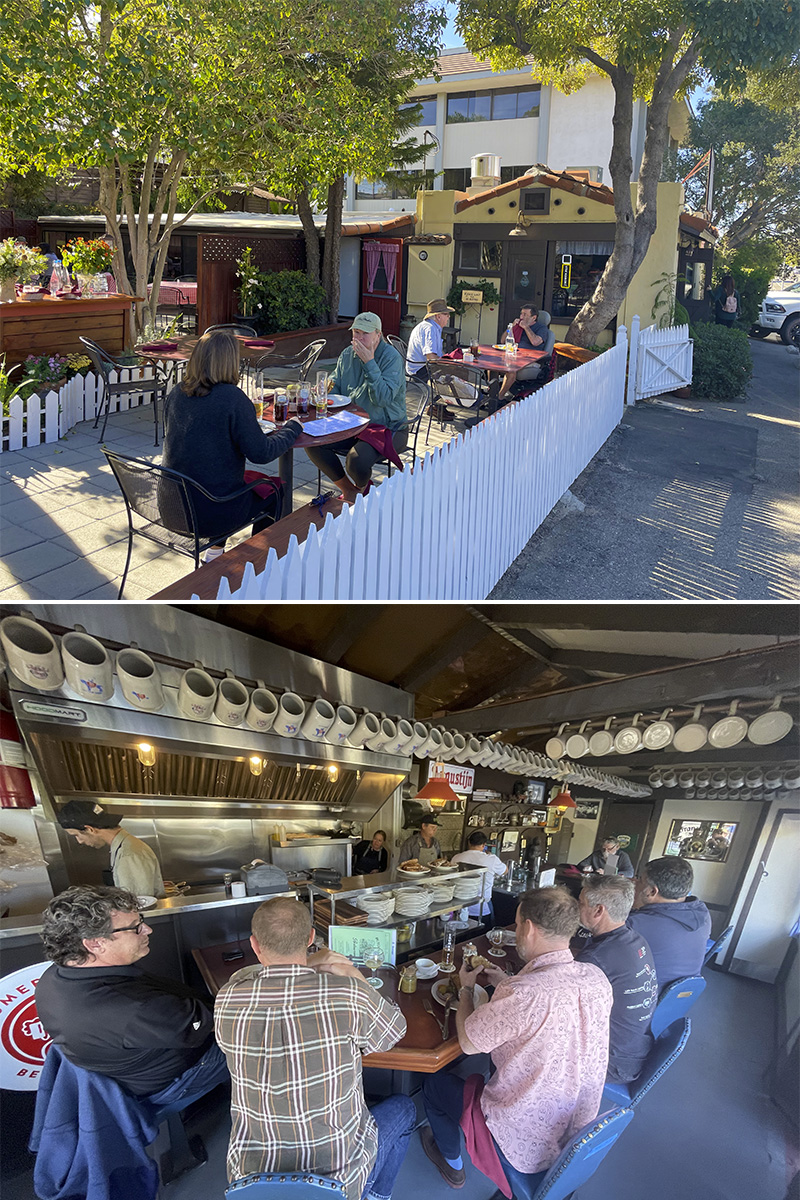