Posted on Tuesday, November 1, 2022 by The Restaurant Guy

IHOP has completed its move from 4765 Calle Real in Goleta (which will soon be a Chick-Fil-A) to 7127 Hollister Avenue Ste. 30 next to Costco and the DMV, where Itsuki Restaurant was located from October 2012 until September 2021.  Before Itsuki it was the home of Baja Fresh where, back in my single days, and because I live around nearby, I ordered chicken tacos for lunch nearly 7 days a week for years. But I digress.

“We are happy to be near the University and to serve customers in this area,” says General Manager Miguel Velasquez. There are only a couple of other breakfast spots in this area so IHOP is a welcome addition. The restaurant appears to be a little smaller than the space they previously occupied but I am told there are plans to expand. In the addition to the patio at the east end of the building, the eatery is planning to a create outdoor seating in a nook on the west side of the facility. Alcoholic beverages will be available later in the month. 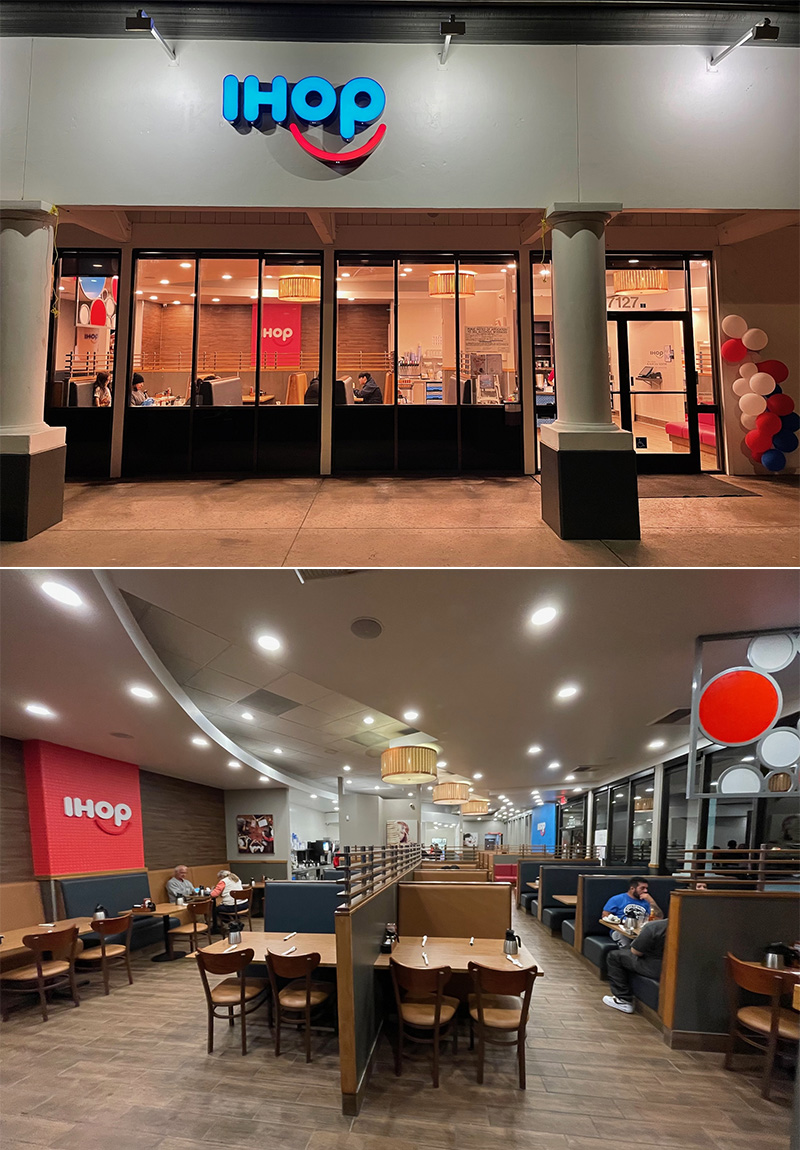 GIFT TO THE GOODLAND: The first-ever Goleta IHOP has opened near Costco in University Plaza. Photos by The Restaurant Guy