Posted on Tuesday, October 4, 2022 by The Restaurant Guy

Last June I announced that Fresco Cafe is leaving their longtime home in Five Points Shopping Center for a new place next to the Lobero Theatre at 23 East Canon Perdido Street, the former home of Sevtap Winery. The popular eatery opened September 29th in the El Centro building. Fresco’s catering service has been put on hold until early November during the transition to their new facilities.

The old kitchen was much larger and they are downsizing, so Fresco is in the process to adjusting to that. They still offer pastries and other baked goods and the number of offerings in-store has been reduced. The catering menu for pastries is very similar to what it used to be. Prices have been “revised a little bit” but they are having specials every day and all the favorites on the menu have returned including what might be my #1 sandwich on the South Coast: The Hot Mushroom Combo. New sandwiches include Pulled Pork, Banh Mi, and Eggplant Parmesan. On Fridays they now offer a Lobster Roll, which is de-shelled, steamed, big-chunk lobster, mayo, celery, lemon juice, on a brioche bun. Daily specials include two soup specials, a salad special, fish specials, entrée specials, calzone specials, and pizza specials.

Instead of parking out front, as was the case at Five Points, there is a parking garage behind the restaurant, adjacent to the Fiesta Five Theatre. For the shortest walk to the restaurant park on the lower level and walk to the stairs in the southeast corner instead of heading to State Street. Hours are Monday – Wednesday 11 a.m. – 6 p.m. and Thursday – Saturday 11 a.m.-8 p.m. 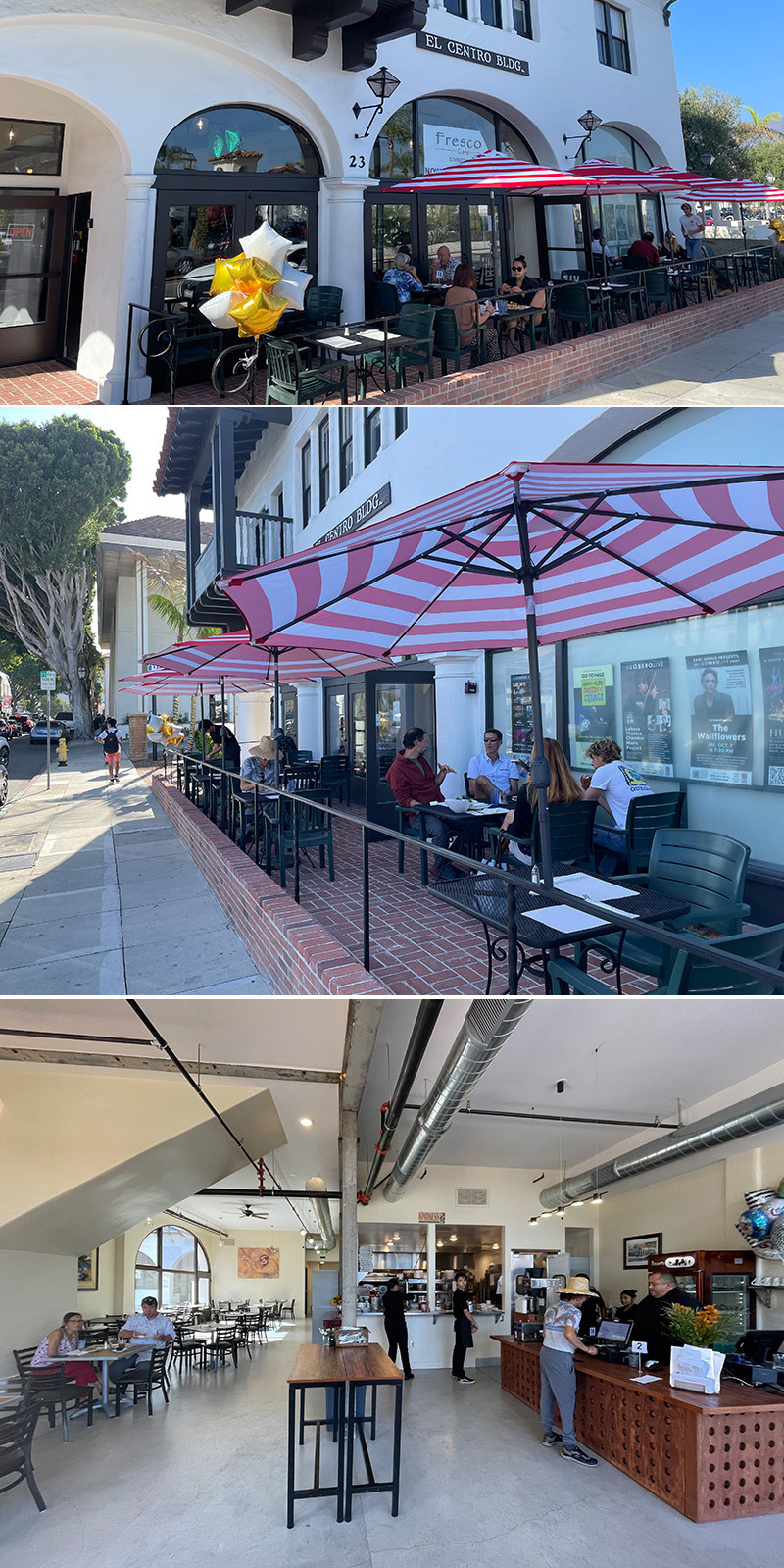