My Santa Barbara friends and I take have been taking a group photo (with the exact same pose) every 5 years since 1982 (see fiveyearphotos.com). We do this at tiny Copco Lake in northern California where my friend John Wardlaw owns a cabin.

In 2012, 30 years after the first photo, we took our 7th picture when Santa Barbara native and CNN reporter/producer Paul Vercammen heard about it. Vercammen did a small story that was published on CNN.com and, to our amazement, it went viral. The story on CNN’s website got 50 million hits in a week and it made news all over the planet including People Magazine. NBC flew us all to be on the Today Show and we were asked for autographs everywhere we went while touring New York City. It was crazy stuff and, of course, the story completely vanished from the news a week later. CNN did a follow-up report in 2017 about our 8th photo.

We take our 9th five year photo, 40 years after the first, this June 15th and CNN is covering it again. I am told that Vercammen is actually coming to northern California to do a live report. I guess with so much drama in the news they decided it is time for a happy story. If you happen to be watching TV or browsing the web in mid-June and see a series of pictures of five guys sitting on a bench, The Restaurant Guy is the one on the right. 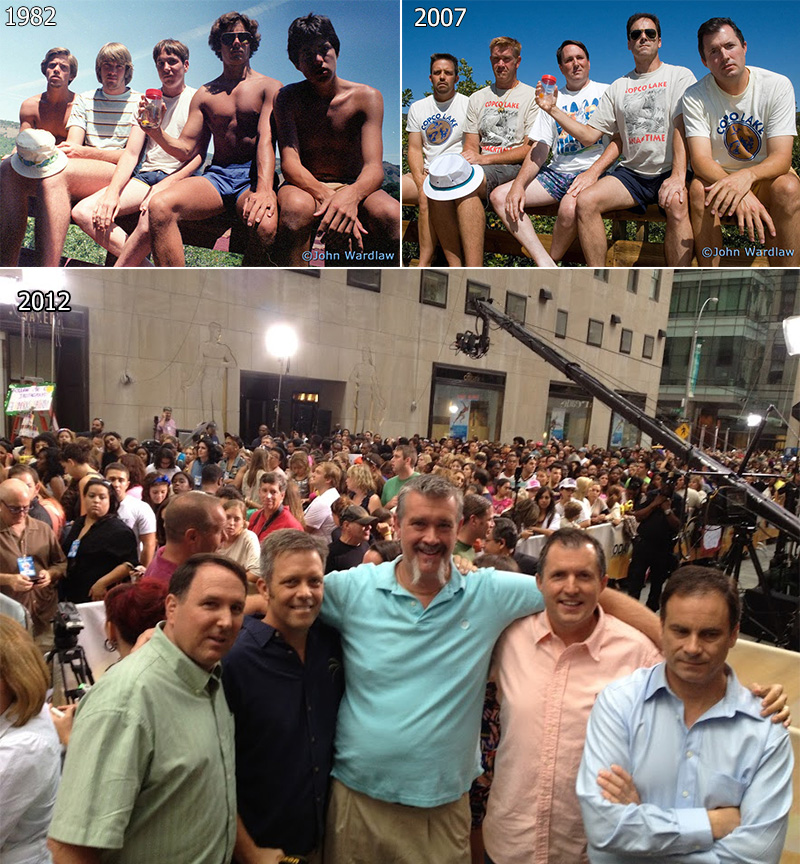 2 Responses to OFF TOPIC