Red Pepper location on De la Vina may have fizzled

Readers Brendan, Bill, Laura, Dianne, and Richard tell me that it looks like plans for a Red Pepper location on De la Vina Street, breathlessly reported in this column in June 2021, have been scrapped. I am told that the alcohol license notice is gone from the window and the banner that said “Coming Soon” has been flipped around with “For Sale” written on it. Last summer I called the popular Red Pepper’s worldwide headquarters at 282 Orange Avenue Goleta and they said that they are opening a second location at 2840 De la Vina Street, in the former home of New Si Chuan Garden, Yen Ching Restaurant, and Andy’s Chuck Wagon. Instead Red Pepper opened restaurant #2 last December at 966 Embarcadero Del Mar Ste. C in Isla Vista in the former home of Dumpling King. 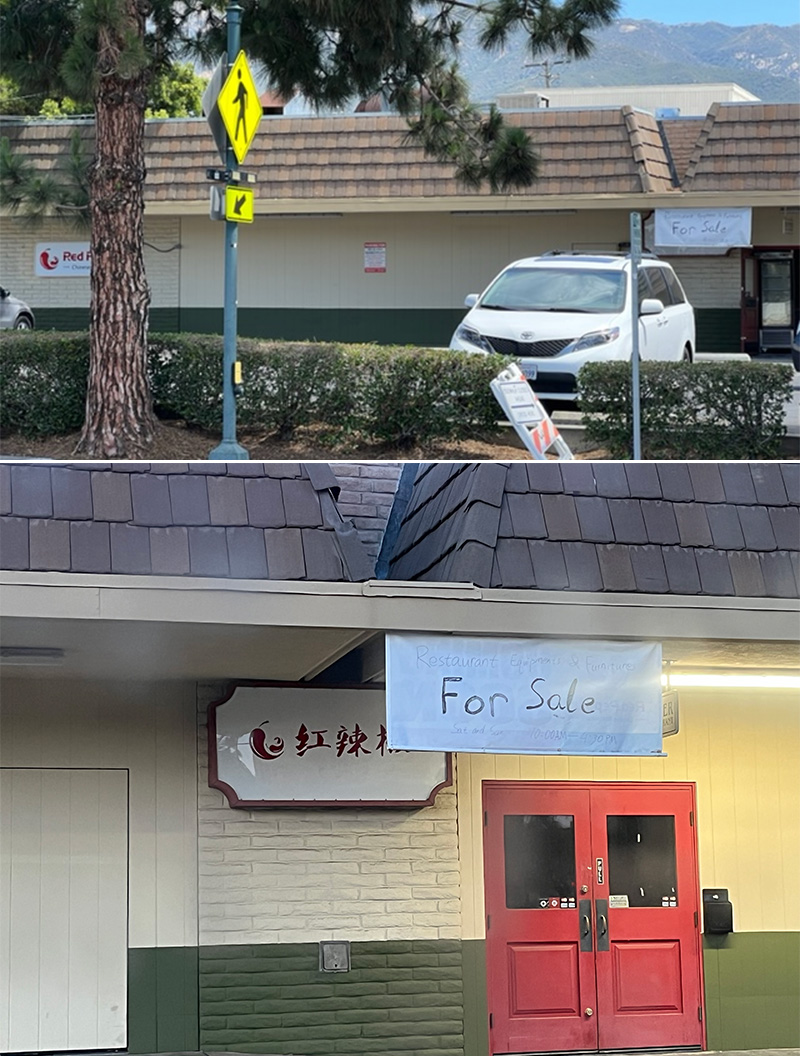