A new restaurant named Mariscos Santa Barbara has opened at 5892 Hollister Avenue, the former home of Wingman Rodeo, Gimeal Cafe, and The Natural Cafe. Karlos Gonzales, a chef who learned his craft at a culinary school in Mexico as well as at various restaurants in Santa Barbara including Brown Pelican, El Torito, and Bacara, is at the helm. “We are trying to bring a new flavor to Old Town Goleta, the Mariscos flavors which are Mexican seafood like ceviche. You find those places in Mexico when you go to the beach.” The eatery also offers a variety of Micheladas beverages which are made from a mixture of cold light beer, fresh lime juice, hot sauce, a savory ingredient like Worcestershire sauce, and it is served in a salt-rimmed glass. 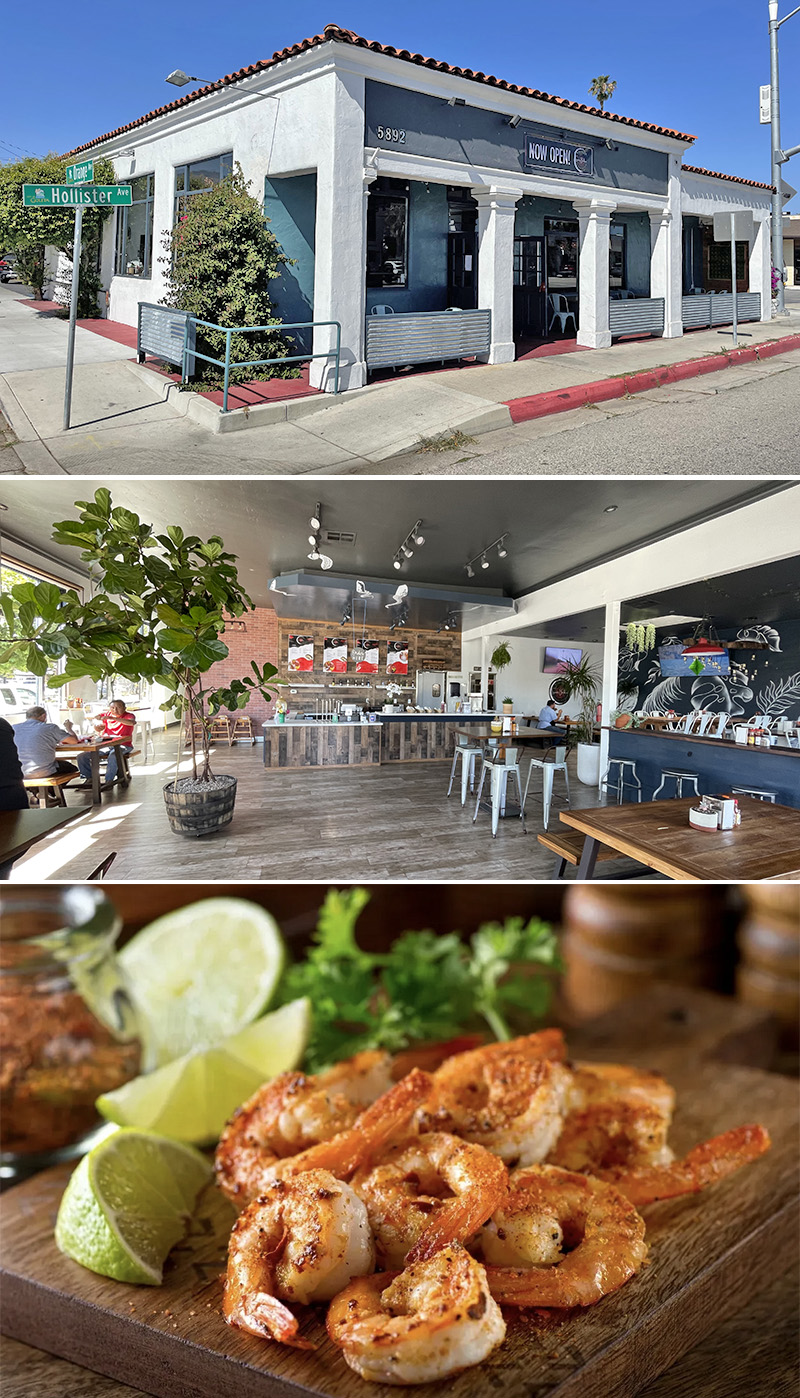 Photos by The Restaurant Guy plus courtesy.