Peitso’s plans for the restaurant include a rebrand and name change in the coming months to “Crawford’s Steakhouse,” in honor of his family name, and a variety of menu and service additions and expansions. Sear’s local farm relationships will continue to play a major role in the kitchen, as Peitso sources from Santa Ynez Valley farms in addition to his family’s Southern California-based Kenter Canyon Farms. Roan Mills, to which Peitso also has family ties, will supply all bread products bound for the steakhouse, which will also see an elevated Santa Barbara seafood presence on its dinner menu and an increase in vegetable-based dishes, in addition to multiple steak cuts and other proteins.

As a second-generation, Californian farmer – and now, a Santa Ynez Valley resident – Peitso intends to keep menu pricing accessible, relying on his close network of fellow farmers, fisherman, and ranchers. Peitso’s immediate plans include the March 28 introduction of Monday night dinners (5:00 PM-8:00 PM), featuring a set offering priced at $35.00++ per person to include Braised Beef Sugo over Roan Mills Polenta, a side salad, and a craft beer (veggie option available). Launching Friday and Saturday, March 25 and 26, is “After Hours at Sear Steakhouse,” a late-night, weekend bar program running 10:00 PM-1:30 AM, complete with a light menu of food items such as charcuterie, crostini, and cheese boards (all details and service hours and days, subject to change).

Peitso’s wine list for the restaurant will focus on Californian wines, with approximately 75% of the wines listed sourced from Santa Barbara County, with the remaining 25% from other California locales. 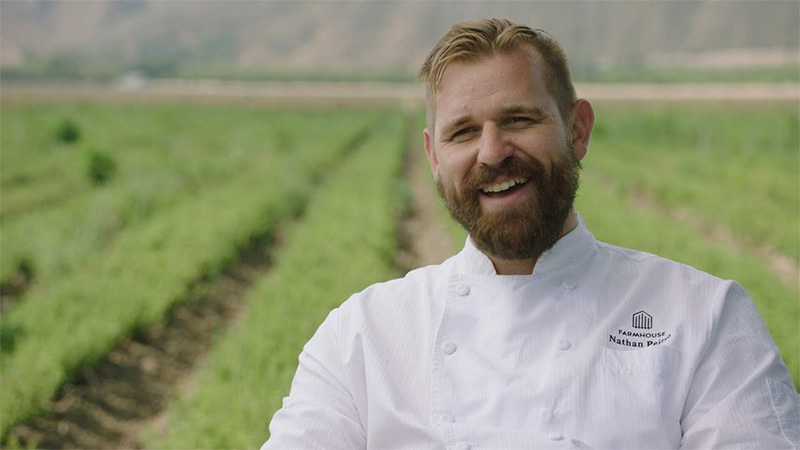