Posted on Tuesday, February 15, 2022 by The Restaurant Guy

Reader JM writes “Saw some construction going on this week at the location that was formally 805 Deli on Carrillo and Santa Barbara St. Any news on this space finally becoming something after it closed during the Thomas Fire?” In July 2020 reader Steve H. announced that plans to reopen the 805 Deli, which “temporarily” closed at 135 East Carrillo Street in January 2018, appeared to have been abandoned, construction had stopped, and a for-lease sign was posted in the window. Two years ago I received a tip that a smoke shop might occupy the space but that lead went stone cold which was a drag for many. 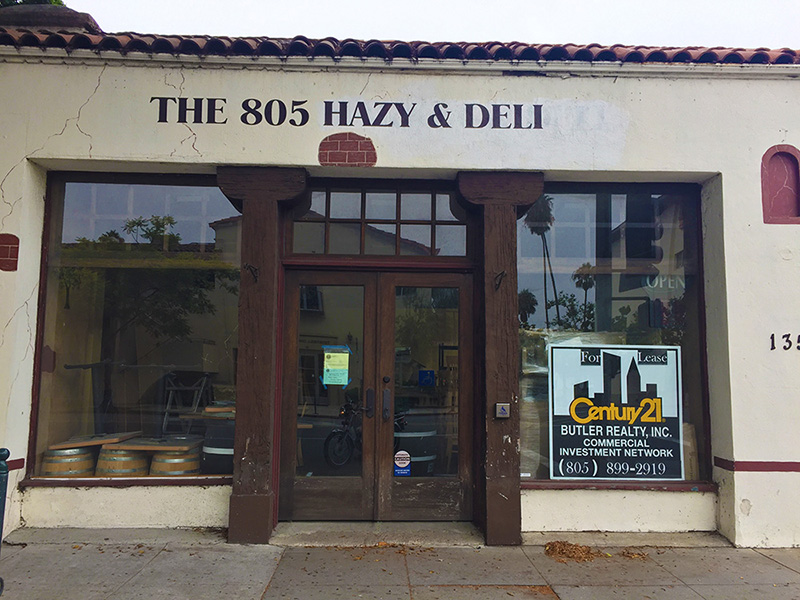