Posted on Wednesday, January 19, 2022 by The Restaurant Guy

Instead of watching the COVID-forced slow down in passersby at their Harbor Snack Shack, the owners are taking a break this month, says reader Primetime. Richard and Dolly Lawrence have locked up their small site near the harbor boat launching ramp and will come back in February. The sign on the windows says they have not gone on a vacation in 20 years. “Vacation till the end of the month,” the sign reads. “Due to the recent outbreak of the virus in Santa Barbara, we decided to go on our first vacation in 20 years from the store. It has been a privilege to serve you during that time we look forward to our return. Thank you, Dick and Dolly, info: calls (805) 680-1900.” Fans of their famous hot dogs, myself included, will be counting the days until they return! 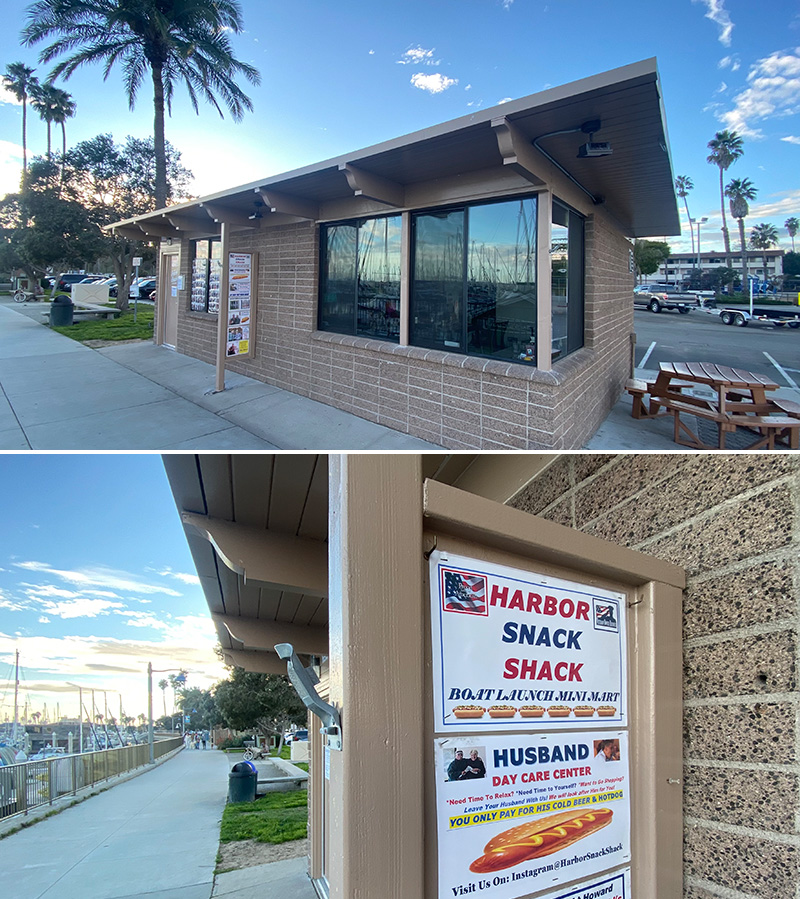