Trader Joe’s hunting for a second location in Goleta

About a decade ago I was told by staff at Camino Real Marketplace that, at one time, Trader Joe’s wanted to open a second location in Goleta where Best Buy is now. Apparently they wanted the Marketplace to split the location into two suites and take just one of them, but along came Best Buy who took the whole thing (and even expanded the space), ending TJ’s western Goleta dream. Big box retail spaces are rare on the South Coast so the Marketplace is not in a rush to chop theirs up.

Fast forward to 2022 and I have received confirmation from Trader Joe’s that they have been looking again in Goleta though a couple of locations they have considered have “issues.” Trader Joe’s has scouted University Plaza near Albertsons where Pacific Sales was and also looked the empty space at 6996 Marketplace Drive, the former home of Pier 1 Imports.

Reader Eric says that a gym is going into the spot by Albertsons and that the Pier 1 space is less than 10k square feet, and TJ’s are typically around 15k, so I would guess that space would be too small. 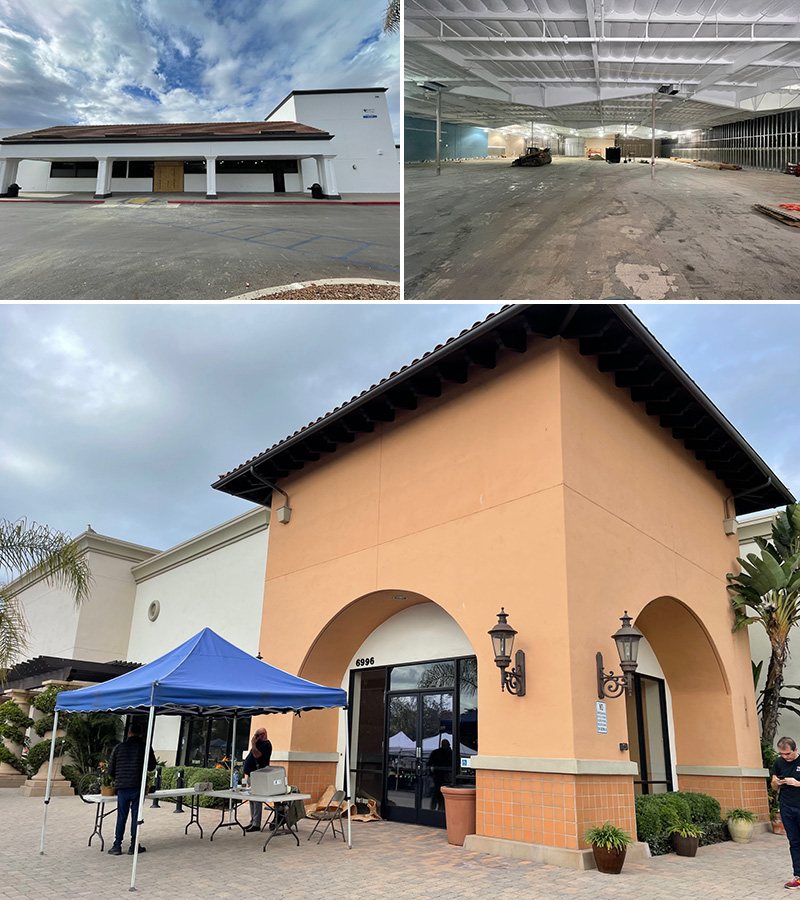 TRADING PLACES: Trader Joe’s is considering opening a second location in Goleta and has looked at University Plaza (above) and Camino Real Marketplace (below) though reader Eric says both are unlikely. Photos by The Restaurant Guy