Embermill restaurant at 1031 State Street, that opened in August 2019, served its last Caribbean Creole meals Sunday night, January 16th. The eatery is run by Harold Welch who is originally from Barbados, came to Santa Barbara decades ago, and is the former chef at Citronelle, La Cumbre Country Club, and other restaurants.

Welch tells me that the landlord increased rent by $6,000 per month in January (to a total of $14,000 per month) which forced him to close. “I love the community and I am not going anywhere,” says Welch. “By the end of spring I should have a new location. It will be in a local community. I am working on something as we speak. It will not be on State. I need some time to regroup, get permits, and am working with the potential new landlords. I am excited about it and am looking to do long term.” 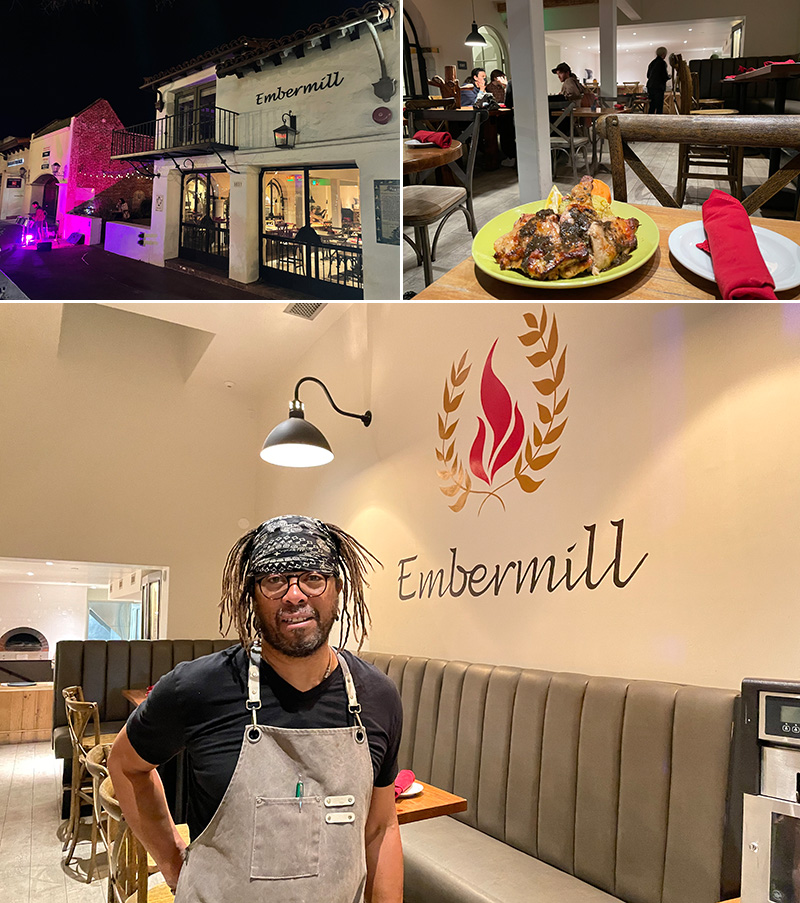 ON THE MOVE: Chef Harold Welch of Embermill restaurant is moving his eatery to a new location this spring. Photos by The Restaurant Guy