Posted on Thursday, January 6, 2022 by The Restaurant Guy

My father, Tom Dickson, the most prolific Restaurant Guy reader there ever was, passed away on Monday, January 3rd. He had been relatively healthy physically and mentally at age 92 and his passing was unexpected, yet it wasn’t. Fortunately all his children and grandchildren enjoyed the recent holidays with him. I never once missed spending Christmas Day with him since I was born and last month was no exception.

If you could describe this kind and gentle man in a word it would be “inquisitive.” If you met him he would want to learn about your life and would take great joy in asking a seemingly endless stream of questions. After a conversation with my dad you might feel like you had just dictated your autobiography.

His final chapter was at his home in Montecito where he died of heart failure with his wife of 63 years, Patricia, at his side. He was a great husband and father, had a good, long life, and he will be missed. Thank you to the Montecito Fire Department and Paramedic Squad 91 who did their very best to save him. 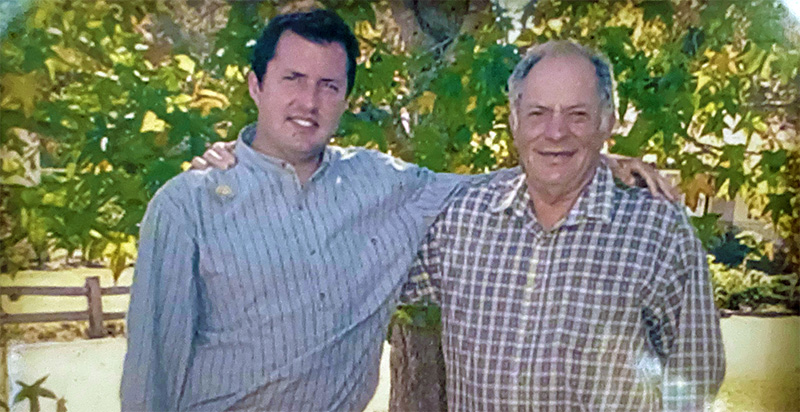 A photo of The Restaurant Guy and his father, Tom Dickson, that the elder Dickson kept framed in his bedroom.