Posted on Tuesday, December 14, 2021 by The Restaurant Guy

Reader Brendan let me know that Mr B Restaurant & Café has opened in La Cumbre Plaza at 140 South Hope Avenue, in the former home of Pizza Mizza. “We serve Middle Eastern/American food,” says namesake owner Baha Shehab. “I am originally from Jordan so all the food we cook in here is 100% Jordanian recipe, including the original Shawarma, Hummus, Falafel, and Baba Ganoush. I use the original, genuine recipes.”

Everything is freshly made on a daily basis and meat is marinated the night before. “It is all Halal meat, blood free, which is the healthiest,” adds Shehab. “We choose our ingredients carefully to provide customers with the best ingredients on the market and the healthiest as well.” Shehab, whose father owned a restaurant in Jordan, personally mixes the main spices that are imported from Jordan. He doesn’t buy anything ready.

Mr B offers vegetarian and vegan options, fresh fruit juices, coffees, and the eatery has a bakery onsite with a lot of Middle Eastern sweets including Baklava, Kanafeh, and more. Another offering called Mr B’s Cake will be introduced in the near future. 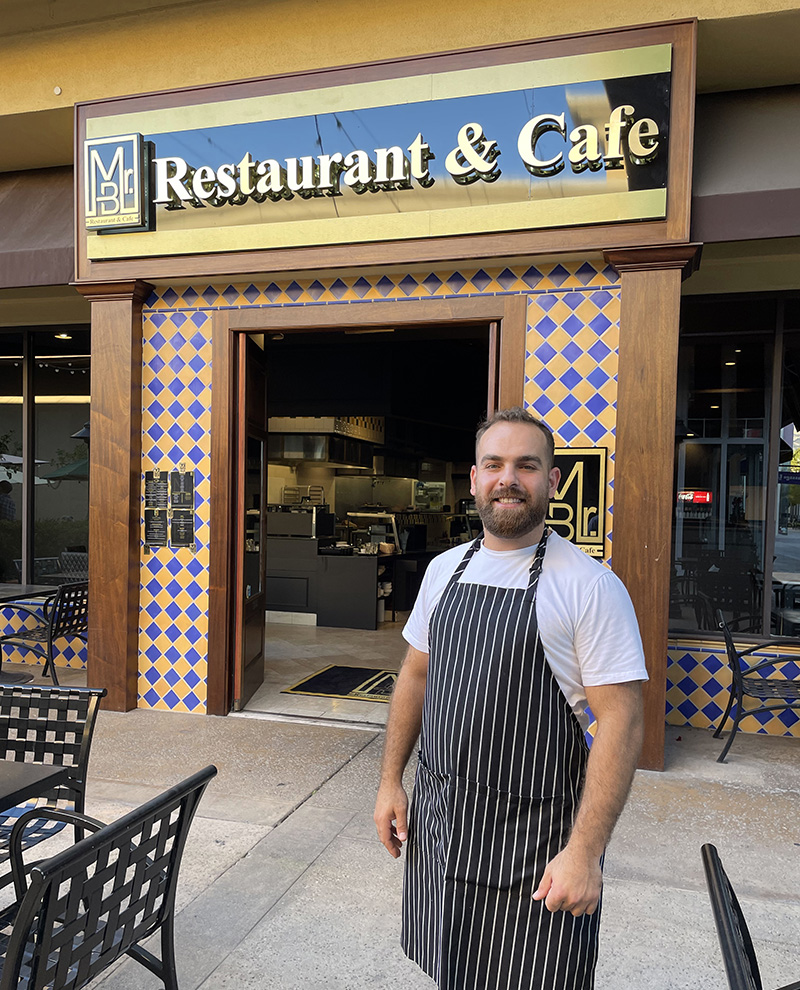 Namesake owner Baha Shehab stands in front of the new Jordanian restaurant Mr B in La Cumbre Plaza. Photo by The Restaurant Guy