Posted on Saturday, November 6, 2021 by The Restaurant Guy

Readers Primetime and Cris tell me that tables and chairs are stacked up, the windows are papered over, and the website is down for Mollie’s at 1218 State Street. The eatery became nationally famous in the early 2000’s after a fan named Oprah fell in love with their meatballs. The restaurant moved from Coast Village Road to State Street in June 2018. 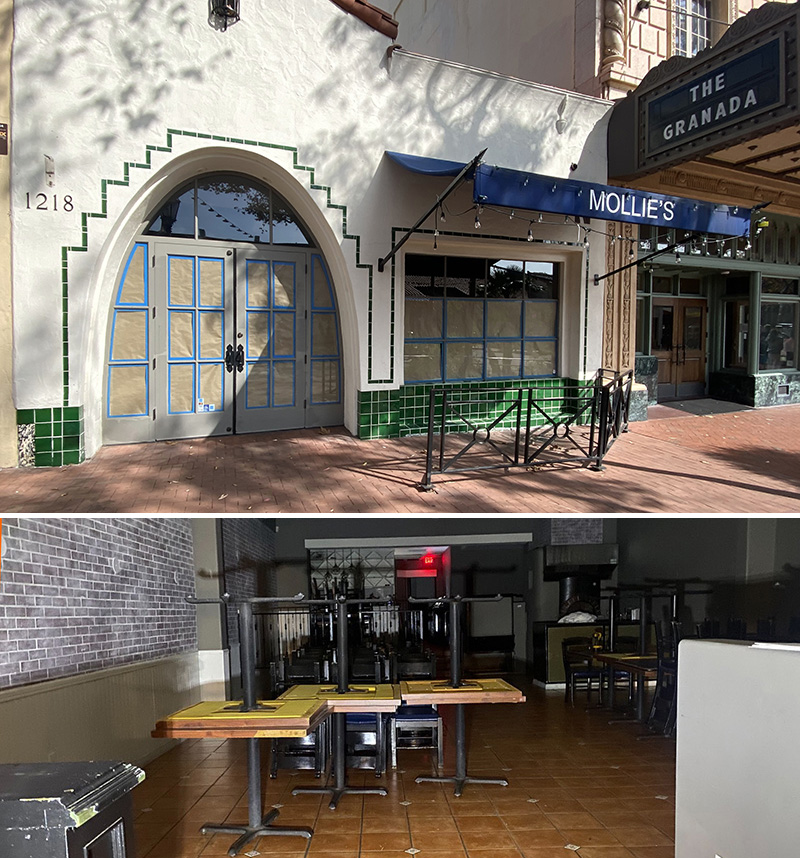