Readers Eric, Dianne, and The Ever Anonymous let me know that El Pollo Loco at the corner of Upper State Street and Calle Laureles has closed and a new restaurant has replaced it with the same staff, same menu, and same prices. There was briefly a sign out from that said MIK Foods which has quickly taken down.Reader Kan tell me that Google Maps now show this location as Pueblo Pollo restaurant.  El Pollo Loco’s website no longer shows the Santa Barbara location and reader Hefe says the franchise agreement expired and that the owners intend to operate independently.  “Inside is still Pollo Loco menu boards,” says The Ever Anonymous. “And it was a Pollo Loco just a few days ago. Inside, a family was at the register and at the grill. It looks like a fire sale takeover from a company that went bankrupt fast. I recall that when it was changed out from Boston Market to Pollo Loco, the owner had a dozen stores in LA, and this was the farthest outpost of the empire. Not any more, I would guess.” El Pollo Loco in Goleta closed in August 2018. 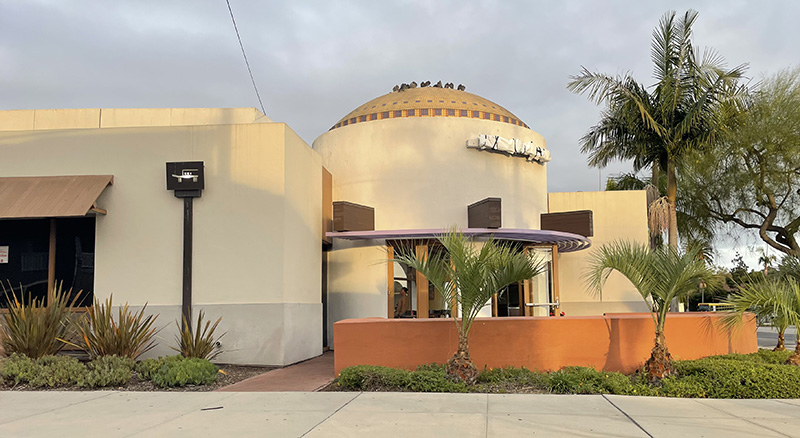 POLLO PUZZLE: The Pollo Loco sign is covered up at 2984 State Street and readers tell me that Pueblo Pollo may have replaced it. Photo by The Restaurant Guy.