Posted on Monday, October 4, 2021 by The Restaurant Guy

In June I wrote that Wingstop, which opened next to La Cumbre Plaza in February, will be opening a second area location at 888 Embarcadero Del Norte Ste. C in the former home of Subway and, decades ago, Taco Bell. Isla Vista Subway closed earlier this year. I stopped by this week and it appears that the interior is mostly completed. I don’t know the status of the kitchen but if the backroom is anything like the front room, we should be munching on wings well before Halloween. And it appears that Wingstop should have customers-o-plenty. I was told that there has been a line all day every day at the Habit Burger immediately next door. If just a fraction of those beef lovers are chicken lovers, Wingstop should do quite well. Wingstop is now hiring for all positions for their upcoming Isla Vista eatery. 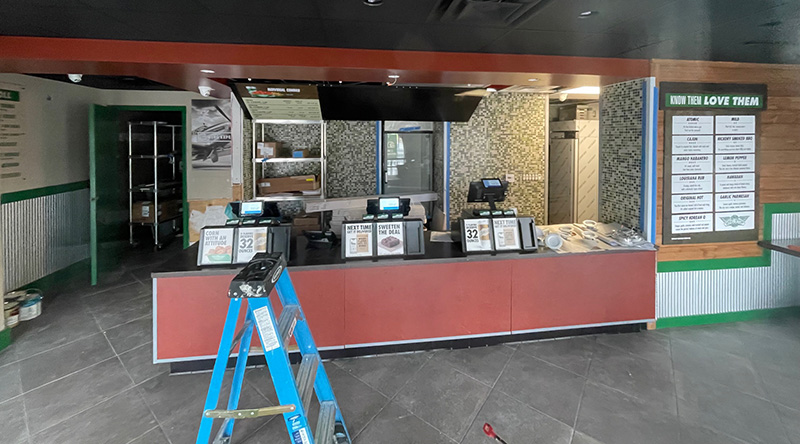