Posted on Monday, October 4, 2021 by The Restaurant Guy

Last April I broke the news that the former home of Timbers restaurant, at 10 Winchester Canyon Road, will be reopen as a steakhouse called Timbers Roadhouse. Remodeling is underway and they are in the home stretch. I stopped by and spoke with owner Gino Stabile, who owned the recently-closed Woody’s BBQ in Goleta since 2005 and operated it for eight years as manager prior to that.

Apparently I am not the only person curious enough to pay a visit to the steakhouse-in-progress. Stabile says future customers stop by frequently asking when the big day is. So it was no shock when he heard that question from me for the umpteenth time. Given the enormity of the project it’s hard to know when the hammering stops and the sizzling starts. Stabile tells me that the opening is “a few weeks out” and will likely be in late October or early November. I am told that all the licensing including the liquor license is done.

I was given a tour of the property starting with the event room (which was a temporary storage room during my visit), followed by the main dining hall, and the bar area. “We’re trying to get it back to where it used to be, back in the day,” says Stabile. He is also adding a play area in the back and has already installed an outdoor pool table , recently donated by a fan of the restaurant, and a jumbo Connect Four outdoor game. A Foosball table, corn hole, and other entertainment items are on the way. In every corner of the outdoor area which, is at the back of the property, will have a fire pit with furniture around it.

Adding to the outdoor ambiance is the original Timbers sign that was on the indoor fireplace when the restaurant was first opened by Tex Blankenship in the early 1950s.  Rather than repaint the sign, and destroy its historic value, it was left in its well-worn state with just a clear coat to protect it from the elements. The sign had been hanging for decades on the fence at the Blankenship family’s backyard in Santa Barbara until Stabile recently paid them a visit. The family generously offered original Timbers signs, photos, and other momentos. Stabile is also working with the Goleta Historical Society who are trying to locate old photos of the property which will be on display throughout the restaurant. 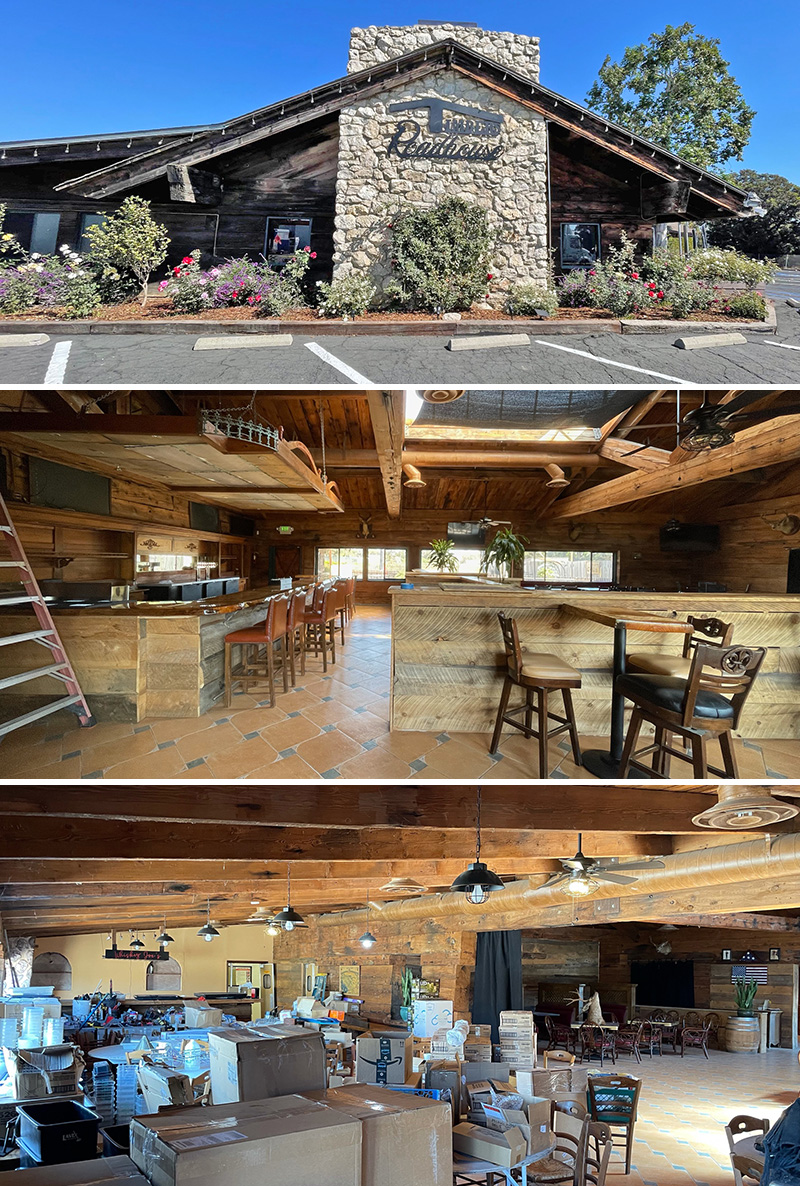 Top-Bottom: the front of the building, the dining room, and the event room (currently used for storage). Photos by The Restaurant Guy.