Posted on Sunday, September 5, 2021 by The Restaurant Guy

Chef Cham’s culinary career was founded on his passion for family, food, and the intersection of the two: shared experiences best enjoyed alongside memorable meals. Each of his roles leading up to his newest, with Gleason Family Vineyards, has aligned with his pursuit of setting a local and sustainable table.

A Santa Barbara native raised in a Cambodian household that embraced food as a way to unite family, Chef Cham’s early interest in cooking sprouted by his grandmother’s side in the kitchen. In 2006, Chef Cham headed to San Francisco to study and explore the culinary arts, landing work at Radius Restaurant & Café, a food business in tune with his own kitchen ethos. Three years into his time with Radius, Cham became Executive Chef. In an effort to gain further knowledge of the industry and to bolster his skillset, he also spent time as stagiaire at other legendary and Michelin starred San Francisco establishments such as Coi Restaurant, Quince, and Fifth Floor.

Chef Cham relocated to Cambridge, Massachusetts in 2013, taking up work at West Bridge under Chef Matthew Gaudet, named a Best New Chef by Food & Wine that same year. Chef Cham weathered a few New England winters as he honed his culinary technique and style, creating simple, modern takes on classic flavor combinations. When California and its bounty of local produce and provisions called once again, Chef Cham returned to Santa Barbara as Head Chef at the well-regarded, now-shuttered seafood house, The Hungry Cat, where he continued to reinforce relationships with local farmers and fishermen.

In 2016, Chef Cham moved to Finch & Fork restaurant at Santa Barbara’s Kimpton® Canary Hotel, where he started as Executive Sous Chef, an integral role in the development of the restaurant’s concept. He eventually became Executive Chef of the popular Kimpton property. 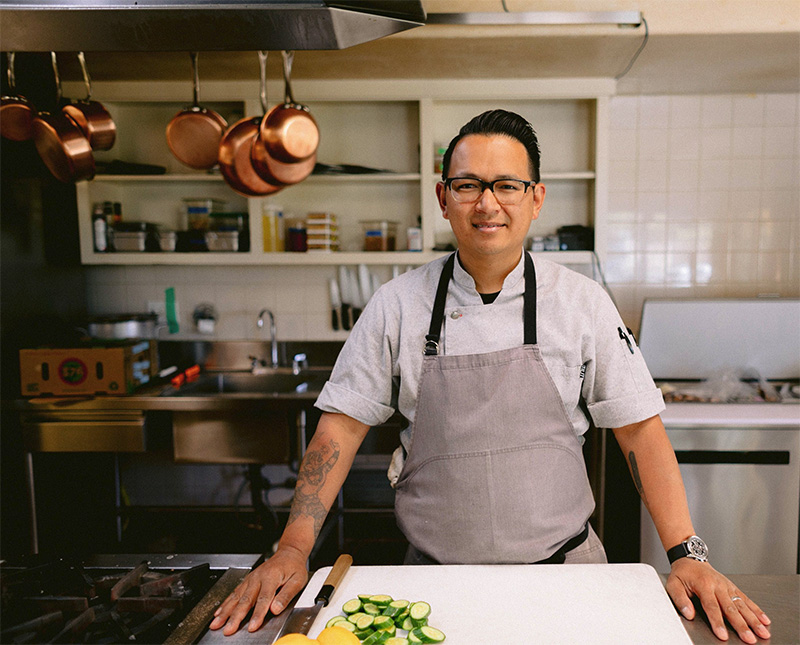