As we reported earlier this year Montecito Vons is scheduled to be remodeled this fall and will remain open during construction. Reader Darvin tells me the reason behind the remodel: it is being rebranded as Pavilions. Pavilions is a grocery store banner used by Vons, a supermarket division of Albertsons. Although similar to Vons stores, Pavilions markets are more upscale and feature a larger selection of organic food, wine, and other specialty foods. Vons shares the popular Signature brand with Pavilions.

Vons opened at 1040 Coast Village Road in Montecito in 1968 after the company bought land from a local family that used the funds from the sale to turn the rest of the property into what is now known as Montecito Country Mart. Montecito Vons is the only grocery store that The Restaurant Guy has a memory of growing up as we moved nearby a few months after its grand opening. 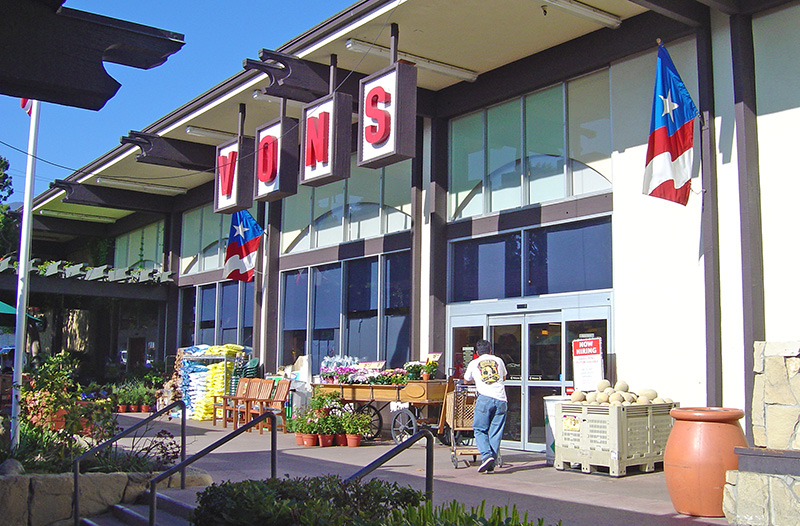