Standing by for Everytable

Posted on Thursday, August 19, 2021 by The Restaurant Guy

Everytable restaurant which is coming soon to 1001 State Street, the former home of Saks Fifth Avenue, J.C. Penny, Wells Fargo Bank, and Crocker Bank, appears to have completed construction. The eatery will be sharing space with Amazon which occupies most of the building. Last February, Amazon announced plans to try to attract a restaurant to occupy the 1,400-square-foot space near the front entrance. The majority of the building houses software engineers who develop content and programming for Amazon’s popular Alexa product.

Everytable is a Vernon, California-based fast-food chain founded in 2015 with locations in Baldwin Hills, Compton, Hollywood, Hoover, Long Beach, and Watts. The Santa Barbara restaurant appears to be the first outside of Los Angeles County which will probably be cheered by the other locations because of the eatery’s business model. The chain changes its prices based on the average income in the neighborhood where it’s located. Customers in low-income neighborhoods pay less than those in high-income neighborhoods, and sales in wealthier areas partially subsidize operations in lower-income areas.

The chain sources its meats, fruits, and vegetables from local purveyors and makes the dishes from scratch every morning. The food is stacked on refrigerated shelves so that customers can grab it and go. If they want to stay and eat, there are a few tables and microwaves. Any leftover meals are given to homeless shelters every day.

On top of their grab-and-go locations, Everytable offers one-time online purchases and subscriptions. The Everytable subscription allows customers to pick a range of items from the rotating menu each week. Meals are professionally cooked and delivered to your door. All you need to do is heat and eat. Numerous investors including Kimbal Musk, Elon Musk’s brother, are backing the healthy fast-food chain. 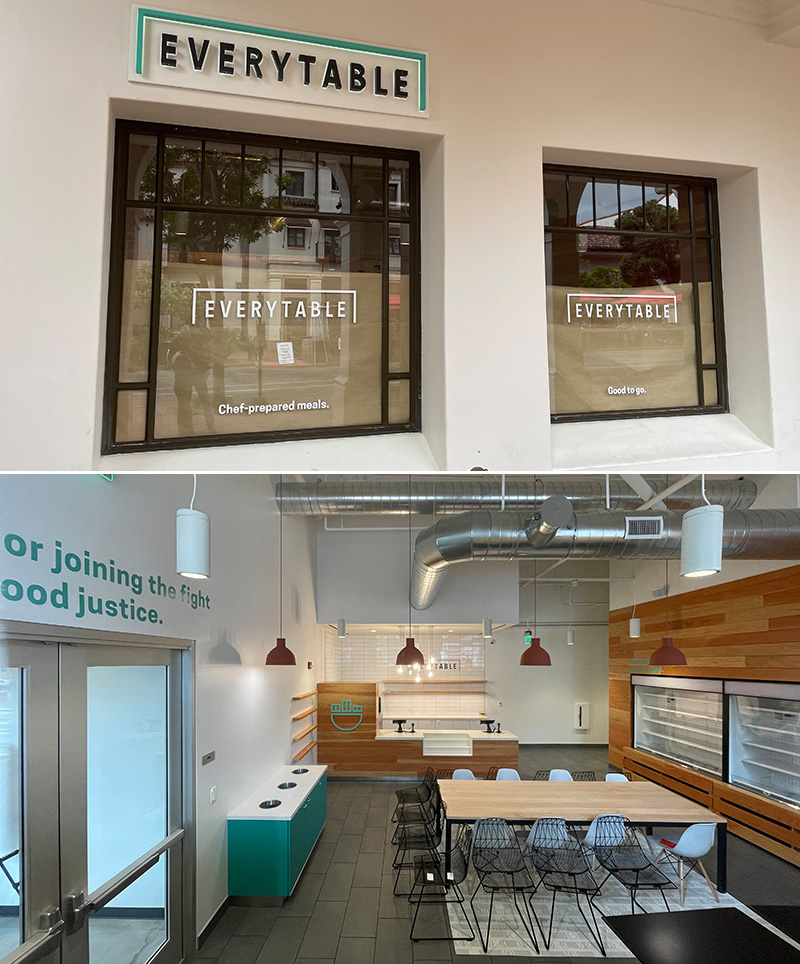 4 Responses to Standing by for Everytable