On April 8 at about 3 a.m. the Santa Barbara Police Department Combined Communications Center received a report of a fire alarm ringing inside a structure in the 800 Block of State Street, the home of Sushi Tyme restaurant. Santa Barbara City Fire Department responded one engine company to investigate.

The first arriving engine company found a commercial structure charged with smoke inside and water flowing from the front door. A file assignment for a structure fire response was ordered and two additional fire engines, one truck company and a Battalion Chief responded to assist. Firefighters forced entry to the business and made an aggressive interior attack. Fire sprinklers contained the fire to the kitchen area.

Santa Barbara Police provided traffic control and closed down State Street for the incident and no injuries were reported. The Fire Investigator determined the fire to be accidental in nature and damages were estimated at approximately $40,000 dollars. The business will be closed until repairs can be made.

The Santa Barbara City Fire Department wants the public to know that fire sprinklers save lives and property. The occupancy was unoccupied at the time of the fire. Fire sprinklers prevented the fire from spreading. 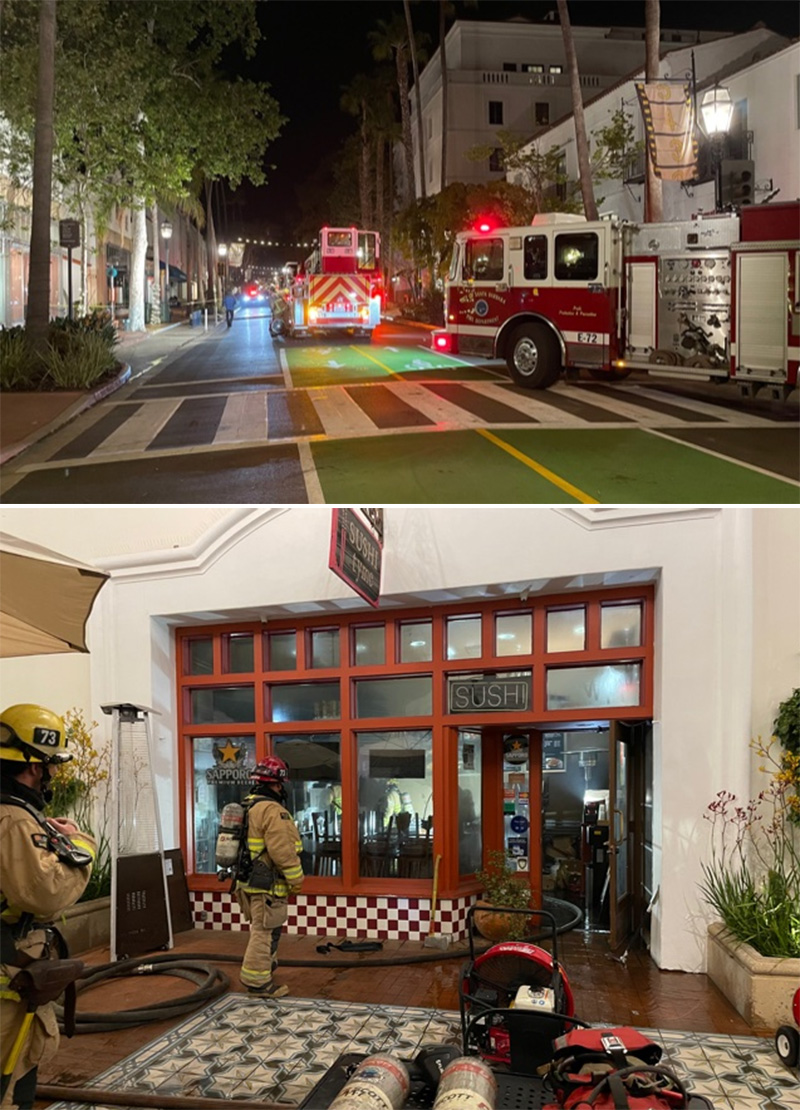