The space formerly known as…

Posted on Tuesday, April 6, 2021 by The Restaurant Guy

I am told that 370 Storke Road in Goleta, previously known as Zizzo’s Coffeehouse & Brew Pub and the Storke Road Drive Inn, will become a pop-up coffee shop for a couple of months so that the property does not forfeit its drive-through permit. Zizzo’s closed last June. Word on the street is that after the temporary java spot has its run the building will be torn down and the property will become a gas station, possibly a Fuel Depot, while retaining the car wash in the back.

729 State Street, the longtime home of Pascucci before the eatery moved to 509 State Street, is now the home of the Santa Barbara Urban Flea Market which is open daily 11 am to 7 pm and closed Tuesday and Wednesdays.

Reader Bill let it be known that the building at 10 Winchester Canyon Road in Goleta, where the Timbers restaurant used to be, is now being tented. “Why” is a question that has yet to be answered.

409 State Street, once under the banner for M8RX Nightclub & Lounge, Q’s Billiards and several other brands, might be the future home of Backstage Kitchen & Bar.

Reader Primetime tells me that some form of construction has started at 801 State Street, once known as Hoffmann Brat Haus, Snack Shack, Piranha Restaurant & Sushi Bar, and Rocks, though no sign is up indicating who’s coming in.

Reader Primetime also sent me an update for 4945 Carpinteria Avenue Ste. A in Carpinteria, formerly known as Crushcakes. I am told that an ABC permit application has been posted indicating that the next tenant will be Carp Kitchen and Grocery LLC. 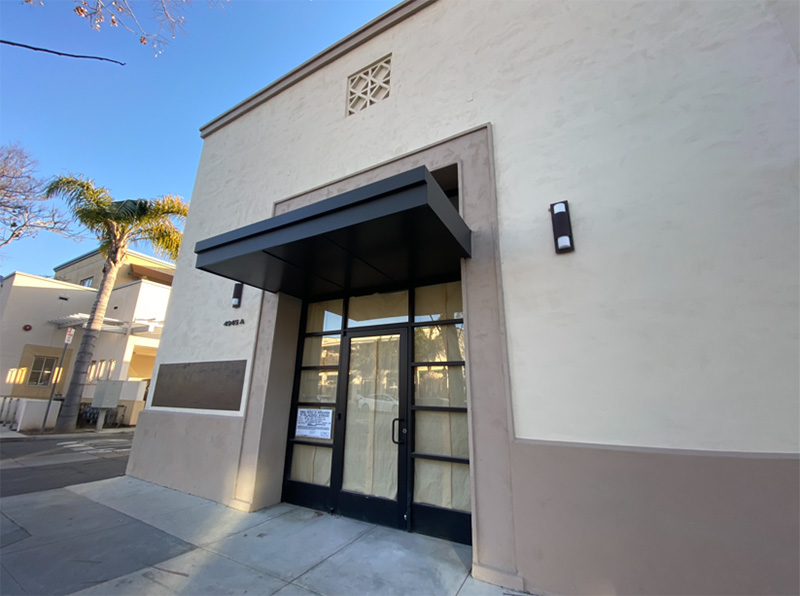 Carp Kitchen and Grocery is coming to 4945 Carpinteria Avenue. Photo by Primetime.

8 Responses to The space formerly known as…