What began as a small buffalo-style chicken wing restaurant in Garland, Texas, in 1994, Wingstop has expanded to more than 1,500 restaurants open across the United States, Mexico, Colombia, Panama, Singapore, Indonesia, Malaysia, UK and the United Arab Emirates. Reader Cris let me know that a sign for the fast-growing eatery has appeared in La Cumbre Plaza between See’s Candies and Chipotle.

“Our proprietary recipes, outstanding food and superior customer service created a demand that could only be satisfied by more locations,” says a message on the company’s website at wingstop.com. “We’re not in the wing business. We’re in the flavor business. Wingstop is the destination when you crave fresh never faked wings, hand-cut seasoned fries and any of our famous sides. For people who demand flavor in everything they do, there’s only Wingstop – because it’s more than a meal, it’s a flavor experience.” 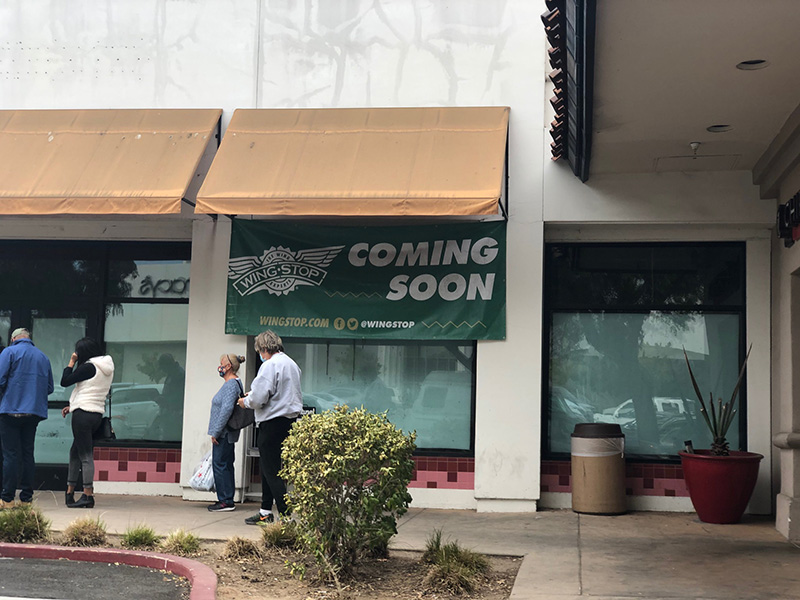