Posted on Friday, December 11, 2020 by The Restaurant Guy

Cajun Kitchen restaurant at 1925 De la Vina Street closed last April due to the first COVID-19 lockdown with the hope of reopening. Reader Erik says he lives by the eatery and noticed elements of the restaurant slowly being removed from the interior. Until as recently as two months ago he was told the closure was temporary. I spoke with a representative of the eatery this week and have been told that the closure is now permanent.

In 1984, Richard Jimenez Sr., a Santa Barbara native, took over the struggling Cajun Kitchen on De la Vina Street.  A prep cook with no restaurant management experience, Richard, along with his wife, learned as they went along, raising a family and opening additional locations that have become loved throughout the community as local favorites. You can visit Cajun Kitchen restaurants at 901 Chapala Street, 6025 Calle Real in Goleta, and 6831 Hollister Avenue in Goleta.

Locations in Carpinteria and on Milpas Street closed in 2015 and 2007 respectively, the latter being open only a year and a half. Long ago I worked as a nuclear weapons research scientist at a DoD think tank next door to what I am told might be the original location on South Fairview Avenue in Goleta, near the airport, in a building that has since been demolished – approximately where Three Pickles Deli is now. I am not sure how long the Fairview Cajun Kitchen had been around but I distinctly remember eating lunch there at 1:23:45 on 6/7/89. 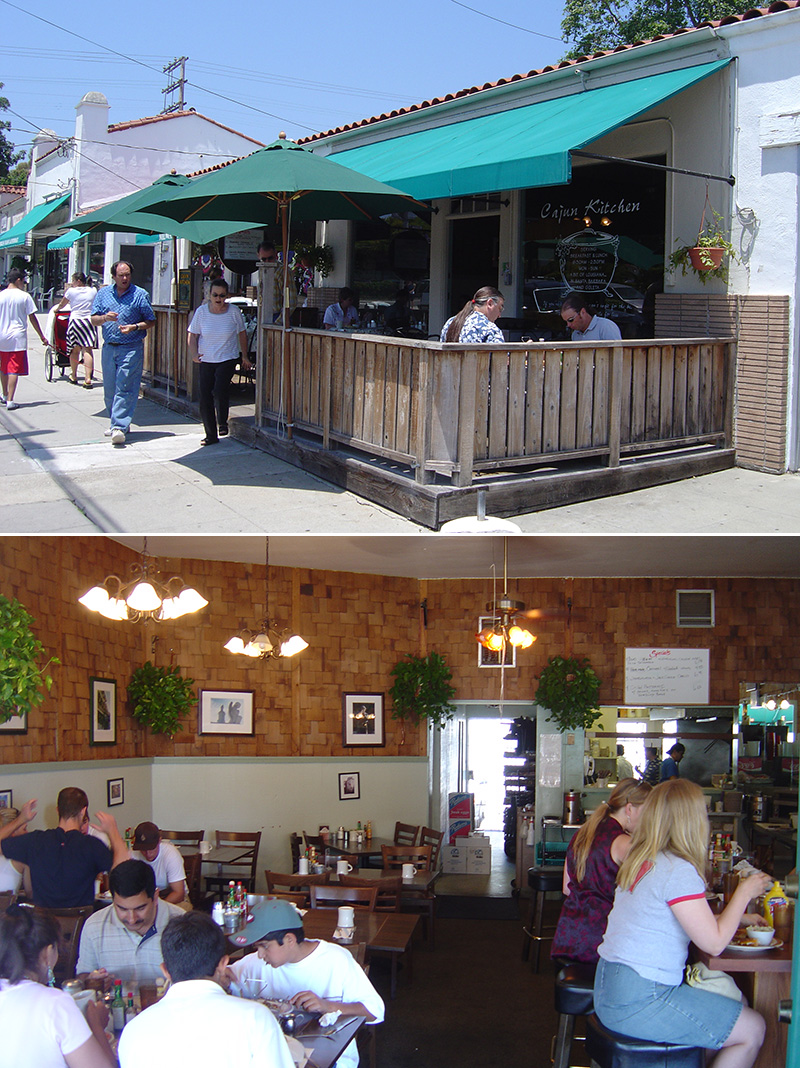 Cajun Kitchen on De La Vina in better times circa 2005. Photos by The Restaurant Guy.