Posted on Tuesday, September 22, 2020 by The Restaurant Guy

When parklettes first started appearing in front of restaurants in Santa Barbara, allowing diners to eat outdoors during the COVID-19 crisis, they resembled a petting zoo. The enclosures weren’t much more than a plastic barricade wrapped around a set of tables on the street. The quality of parklettes quickly improved as plywood floors were added to bring the parklette up to curb level. Fancier wood and metal railings soon appeared and in some cases lights were hung above a smattering of umbrellas.

Ca’ Dario Ristorante at 37 East Victoria Street has introduced the next generation of parklette where the quality of the outside dining area starts to rival indoors. It was inspired by a photo of an outdoor dining space in Italy that namesake owner/chef Dario Furlati found. Their new parklette features an awning, artwork, integrated power and lighting, fabric on the ceiling and a custom floor.

The designer of Ca’ Dario’s parklette is Victoria Imperioli. She lives in Santa Barbara, has worked on many homes as well as stage designs for the Granada and Lobero theaters, and her work has been featured on the cover of Architectural Digest magazine. Her husband is Emmy award winning actor, writer, and director Michael Imperioli, best known for his roles on The Sopranos and Law & Order.

“I grew up with her husband,” says Ca’ Dario General Manager Fernando Gomes. “We’ve been friends for 50 years so I called Victoria to ask for some pointers. We were looking to do a covering and I though she could give me some leads.” This type of work being right down her alley, Imperioli decided to takeover the whole project and meet with Furlati who shared some of his ideas.

“We are really pleased with the result,” said Gomes. “She made the lighting really special and had a connection in L.A. for the fabrics. Everyone I tried to contact myself for the awning had an 8 week minimum backup for that sort of work and she was able to do that really quickly. We are really proud of the work she did and it has helped us so much. State Street is all closed off where people can walk around and we are just on the periphery of that so we really needed to do something special.” 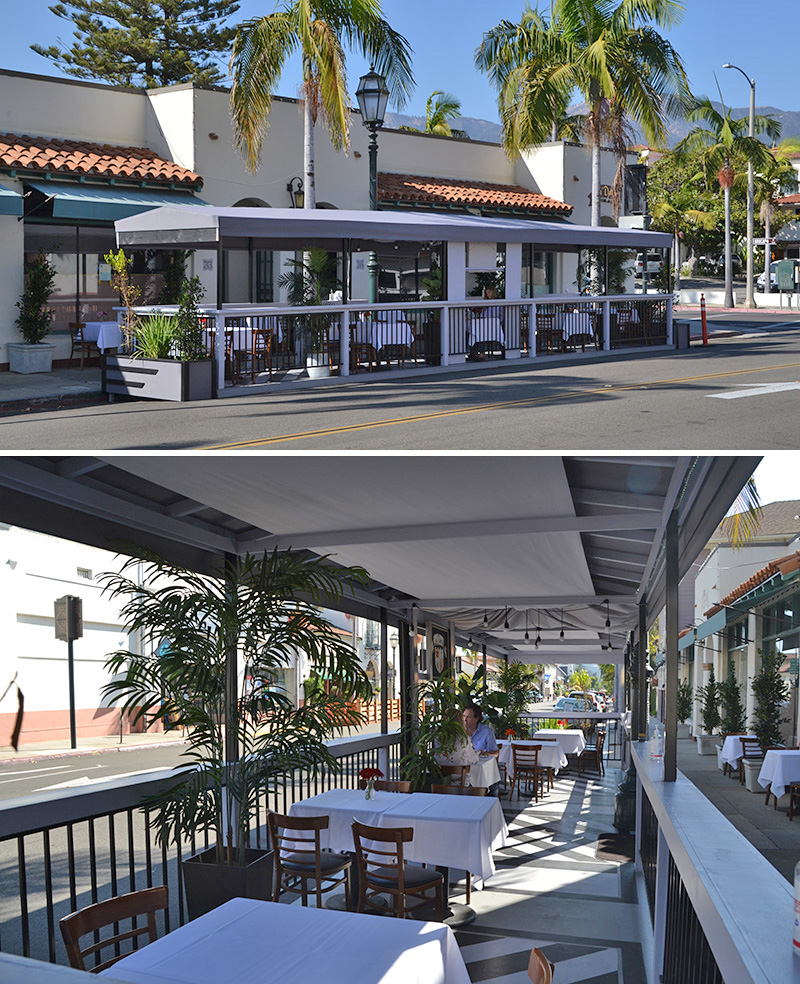