Restaurateur Warner Ebbink and Executive Chef Brandon Boudet had a soft opening of their latest culinary venture Little Dom’s Seafood at 686 Linden Avenue in Carpinteria, the former home of Sly’s and The Zone Sports Grille. I first announced their pending arrival in January 2019. While the restaurant’s website does not say when they will open to the public, the menu is online. The eatery features local seafood, pizza hot out of the wood burning oven and Little Dom’s Italian classic. The liquor license owned by Sly’s was transferred to Little Dom’s which allows the venue to include a full bar.

Ebbink is a native Angeleno whose passion for restaurants extends beyond cuisine into architectural restoration. Ebbink and Boudet opened Hollywood’s 101 Coffee Shop in 2001. In 2004, Boudet and Ebbink, both proud of their Italian heritage, purchased the historic Dominick’s in West Hollywood, originally established in 1948. They went on to establish Little Dom’s in Los Feliz. Boudet was born and raised in New Orleans, influenced by Louisiana and Italian cooking. He has refined his skills in simple Italian cuisine with California market influence. 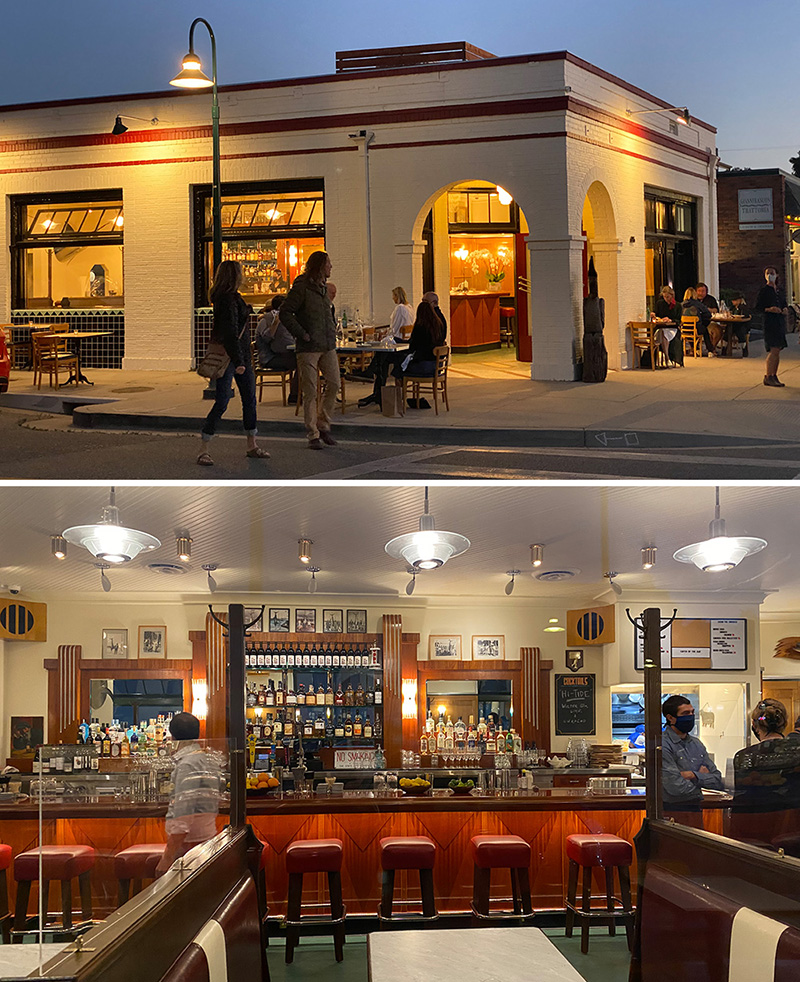