Posted on Sunday, November 24, 2019 by The Restaurant Guy

The Santa Barbara News-Press reports that Tyler David Beerman, age 33 and the owner of Mexican restaurant Vegan GreenGO at 3613 State Street, has been charged with soliciting the murder of his ex-girlfriend, a judge, and two Sheriff’s officials from County Jail. The report also says that in December 2018, Mr. Beerman and a current girlfriend were charged with stalking Mr. Beerman’s ex-girlfriend. Mr. Beerman was very kind and charismatic when I met him and took this photo at the opening of his restaurant in May 2018. I don’t yet know the status of the eatery. 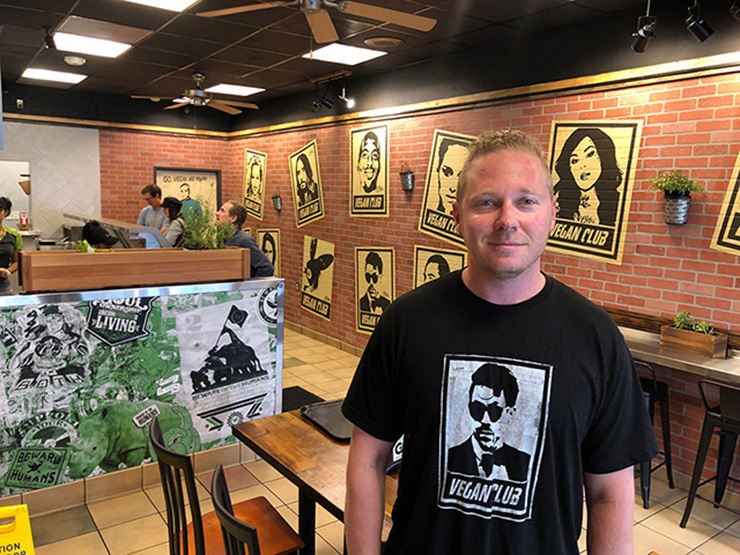