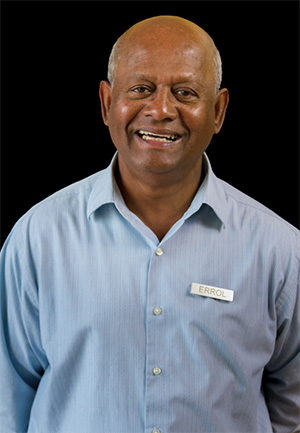 The Palace Grill‘s popular General Manager and always-smiling face at the front door Errol E. Williams has died after a very brief battle with cancer, I am told. He was born December 1, 1951 and died June 8, 2019. Williams had been with the eatery for decades and is said to have been planning to retire this summer.

Here is background about Williams that is still posted on palacegrill.com:

Born in Jamaica, Errol honed his skills in the food service at the Terra Nova Hotel. His US career started at the Homestead Hotel in Hot Springs, Virginia, where he was soon promoted to Maitre’d, the youngest in the hotel’s history.

Over the years, Errol has worked in several 5-star restaurants but he finally found his home at The Palace Grill. He started as assistant manager and became the general manager in the spring of 2000. Errol is a consummate host whose love for guest satisfaction is unequalled.  After 46 years in the restaurant industry, you’ll still find Errol at the front desk of The Palace Grill – greeting, smiling and talking to new and long-standing customers.