Posted on Monday, January 7, 2019 by The Restaurant Guy

Reader Carp4Ever sent me a tip that the liquor license owned by recently-closed Sly’s Restaurant at 686 Linden Avenue in Carpinteria is being transferred to Little Dom’s Seafood for use at the same address. I confirmed this with a search of the ABC license query system. This appears to be a second location for owner Warner Ebbink who operates Little Dom’s in Los Feliz at 2128 Hillhurst Avenue in Los Angeles.

Ebbink is a native Angeleno whose passion for restaurants extends beyond cuisine into architectural restoration. Ebbink and chef Brandon Boudet opened Hollywood’s 101 Coffee Shop in 2001.  In 2004, Boudet and Ebbink, both proud of their Italian heritage, purchased the historic Dominick’s in West Hollywood, originally established in 1948. They went on to establish Little Dom’s in Los Feliz. Boudet was born and raised in New Orleans, influenced by Louisiana and Italian cooking. He has refined his skills in simple Italian cuisine with California market influence. 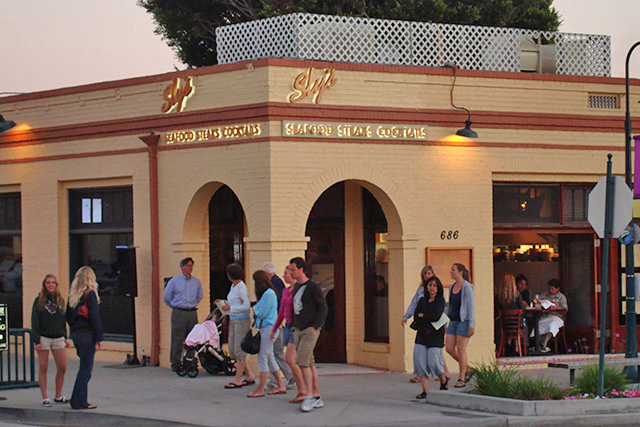