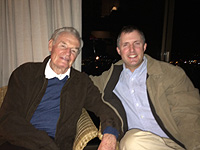 I ran into Mr. Santa Barbara (a.k.a. Larry Crandell) at a party recently and he showed me his solid metal “McGold Card.”  It reads:

“The McGold Card. This card entitles Larry Crandell free food for himself for life at any of our Santa Barbara or Goleta locations. Happy 90th birthday. Thank you. David Peterson”

Crandell tells me he was very appreciative to receive it and tries to dine at McDonald’s at least once a month. Larry is a local legend and a friend to many. In addition to numerous other things, Crandell has been the Master of Ceremonies at local events for more than 50 years. He’s now 91, works out multiple times per week, and is as strong as an ox. He flexed his bicep to prove it. It was solid metal, like that gold card in his wallet. 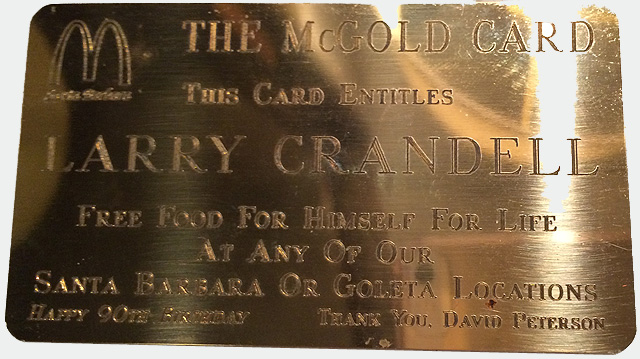